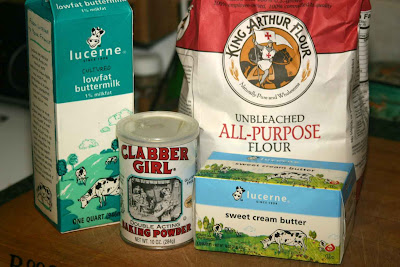 Real homemade biscuits from scratch—there is just nothing like them in the world.  Crumbly, flaky, buttery, melt-in-your-mouth delicious.  Canned biscuits can’t hold a candle to ‘em.  Frozen biscuits fall flat on their face.  Once you try homemade, you’ll awaken long sleeping memories of the incredible biscuits your mother, or perhaps grandmother, used to make.

Before I go on, I’ll make a comment for my international friends.  Throughout most of the rest of the world, the word ‘biscuit’ refers to what we here in America call a ‘cookie,’ that is, a sugary sweet, twice-baked confectionary treat.  But here in the U.S., particularly the South, a biscuit is a savory, individual serving-sized piece of quick bread leavened with baking powder/soda (as opposed to a ‘roll,’ which is leavened with yeast).   An American biscuit is probably most similar to the British ‘scone,’ but there are still differences.

The American biscuit originated in the southern states, probably in the 17 or 1800s, but perhaps earlier, when settlers had to make do with whatever dry ingredients they could bring with them.  For this reason, biscuits also remained popular as the nation expanded into the west, where biscuits were cooked on cattle drives and such in Dutch ovens over a campfire.

But enough history.  Let’s get to the biscuit making.

The simple list of ingredients can be deceiving.  Biscuits can be temperamental to make, and this is one of the reasons people often turn to the dreaded canned or frozen biscuits.  But once you taste these savory, mouth-watering treats, you’ll know the effort was worth it.

Preheat your oven to 450F

Combine the dry ingredients in the bowl of your food processor.

Add the butter and shortening in chunks to the bowl, 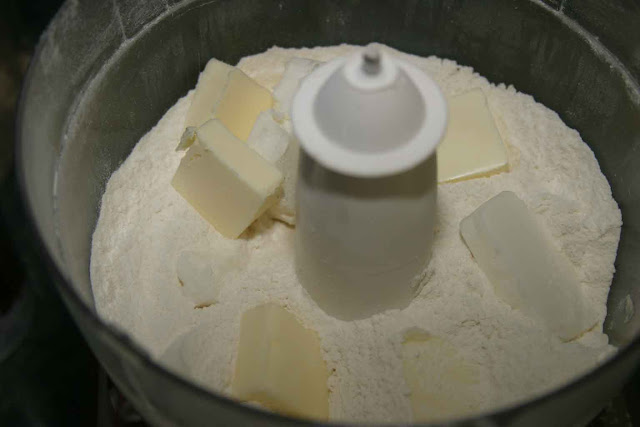 and cut in until the mixture just resembles a coarse meal. 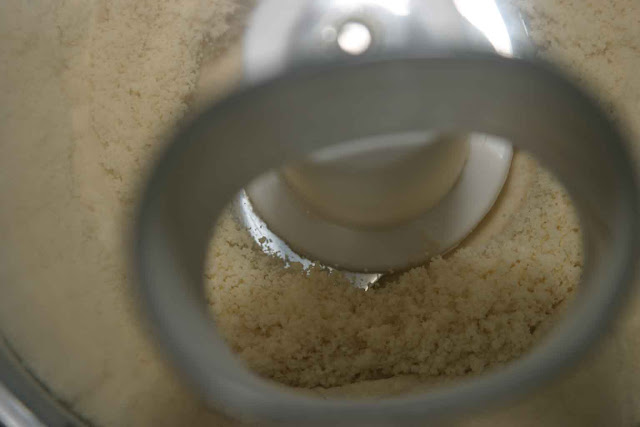 Transfer to another bowl, and add the buttermilk and mix until just combined. 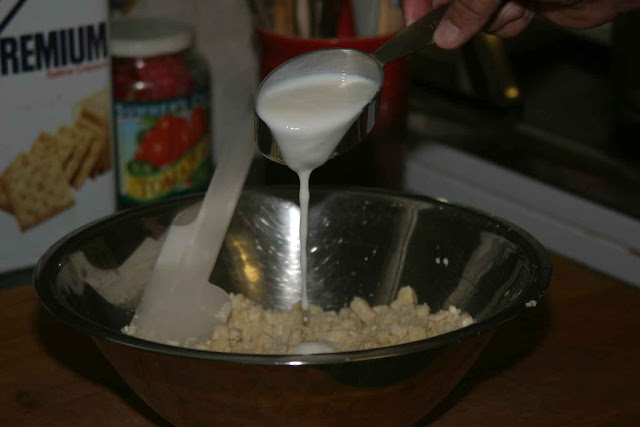 You will probably use up to a cup of buttermilk, as you want the mixture to be somewhat wet, but don’t overdo it.  We’re now entering the critical, difficult phase of biscuit making that usually turns most people off of the process.   That’s because the dough can be very difficult to handle, and if you over handle it, it can overdevelop the glutens in the dough, leading to tough biscuits. 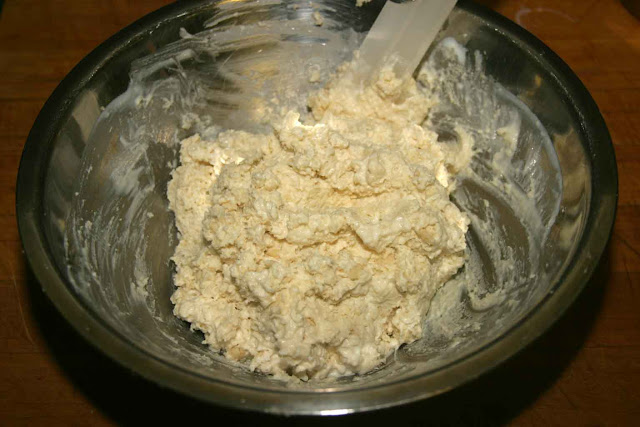 Dump the dough out on a floured cutting board or countertop, and lightly pat it out to about ½ inch thickness.  Fold the dough over and repeat about four or five times. 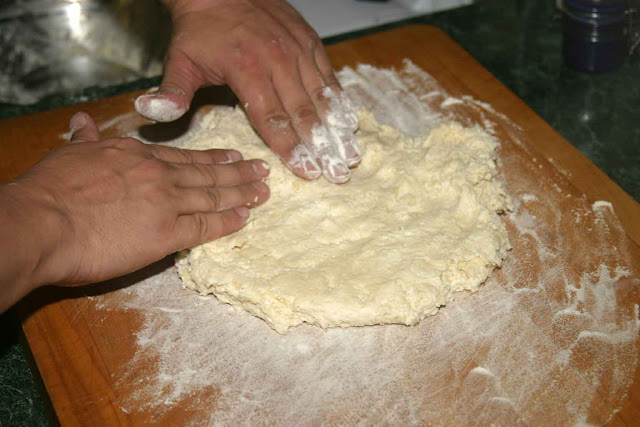 On the last pass, leave the dough about one inch thick.  Don’t use a rolling pin for this—you’ll over-stimulate the gluten.  Just pat it out.

Use a biscuit cutter to cut the individual biscuits and transfer them to a greased baking pan. 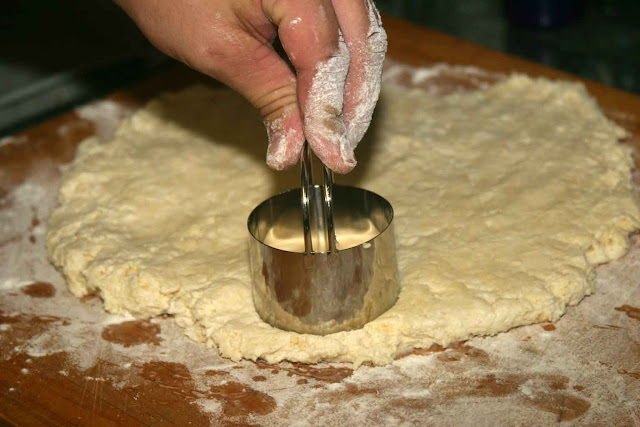 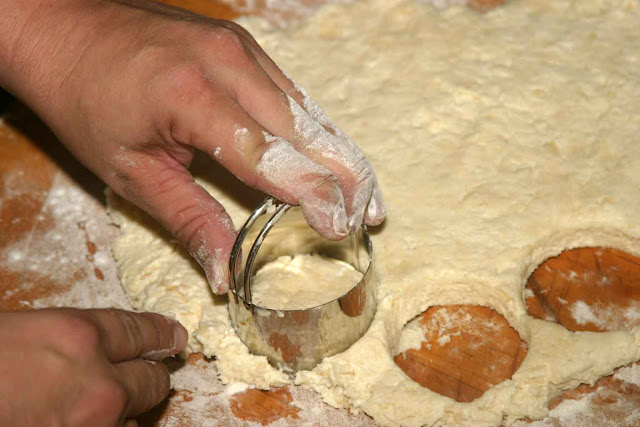 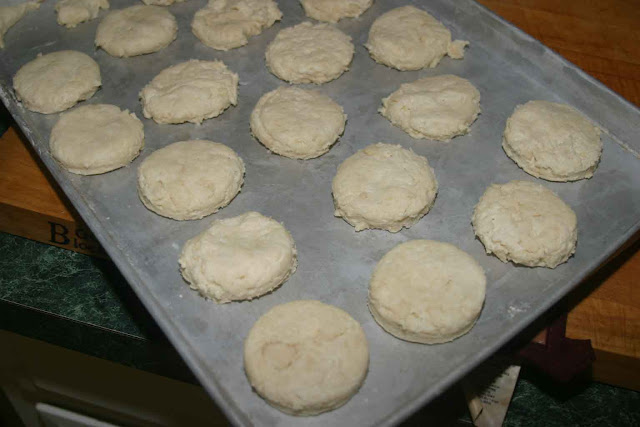 Note:  If you don’t have a biscuit cutter, you can use the rim of a glass to do your cutting, but your results
won’t be as good as with a cutter.
Bake at 450F for 10-12 minutes until the biscuits have risen and turned a nice golden brown. 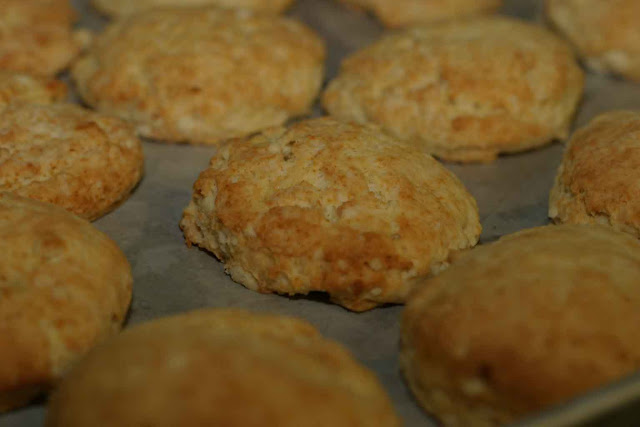 Don’t over-bake as they will dry out.  Serve immediately with plenty of butter. 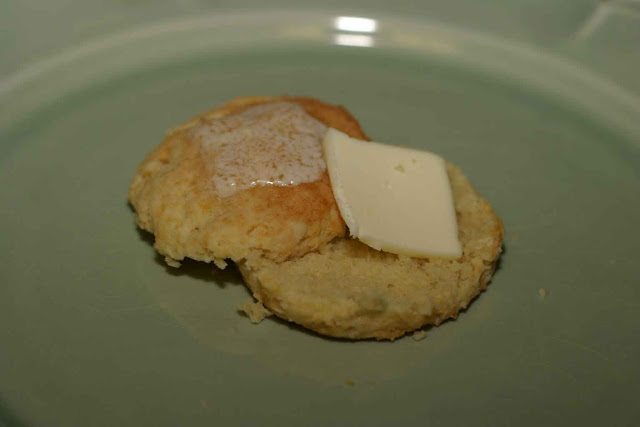